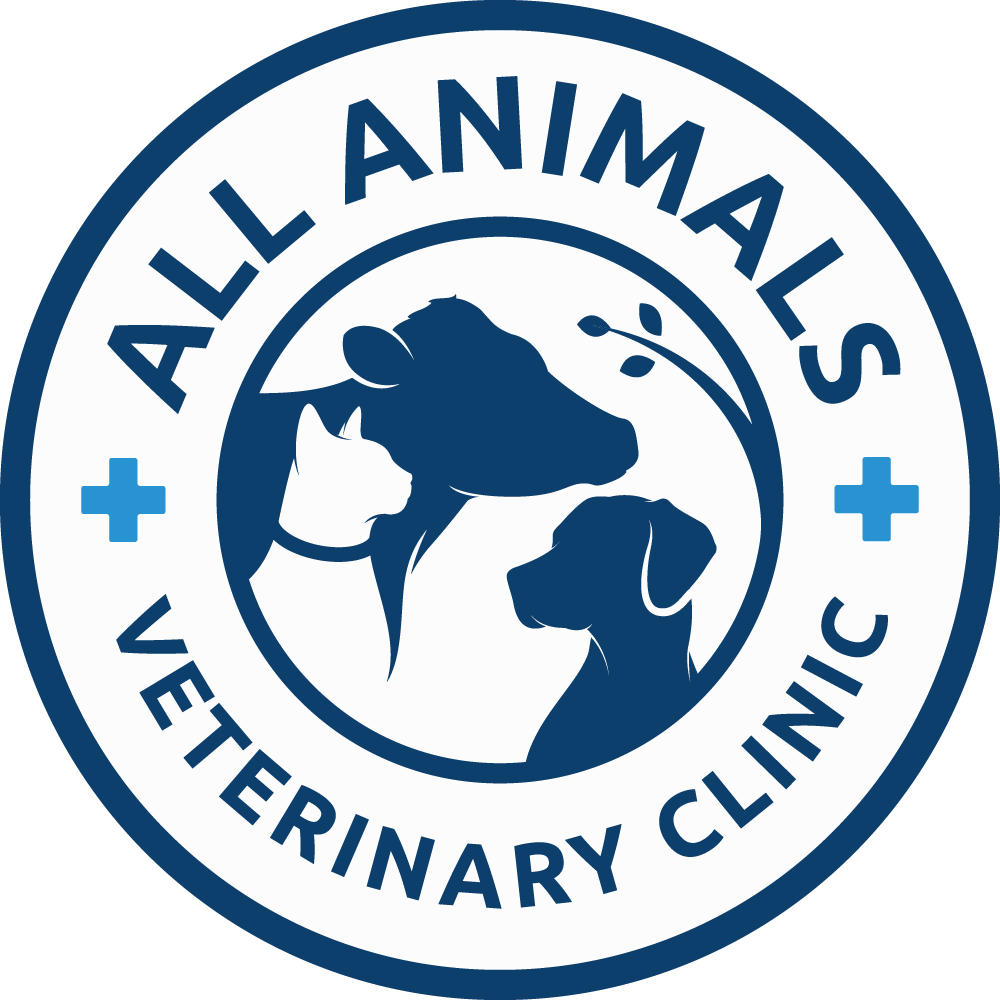 Our highly trained team strives to treat you and your pet like family through every life stage of your pet’s life. 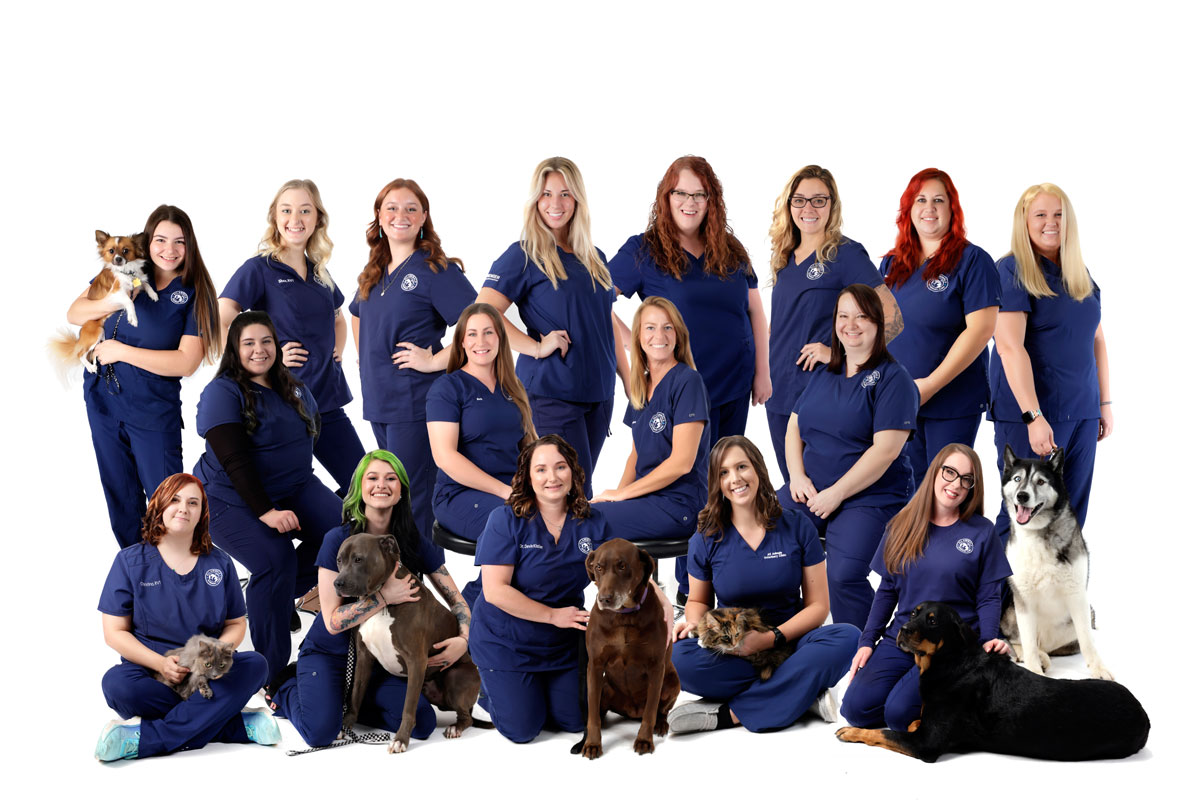 Dr. Cunningham was a believer in affordable pet care. He was also a supporter of 4-H and volunteered his time towards helping children and teenagers with their livestock projects.

He and his wife, Bev raised 3 children, Devin, Mallory, and Chase on a farm in Lebanon. After passing away in January 2013, his daughter Dr. Devin N. Kistler has continued to run the clinic based on the same family-run principles that Dr. Cunningham started when he opened the clinic.

Dr. Kistler has worked at AAVC since it opened in 1991 and graduated from Purdue Veterinary School in 2011.

Dr. Stella graduated from the University of Illinois College of Veterinary Medicine in 2021.

Dr. Landau earned her DVM from Purdue in 2000 and her Ph.D. in Veterinary Epidemiology & Public Health in 2013.

Holly came to All Animals Veterinary Clinic in June of 2022 after a career in human healthcare and an education from Ball State University in Natural Resource Management. She has been an ethical vegetarian for over 20 years and was drawn to animal healthcare due to her passion for animals. She has three rescued dogs: Huxley, Penny, and Baron (the last two are tripaws). She enjoys spending time with her dogs, hiking, gardening, going to farmers markets, and bowling (badly), and making her team at AAVC laugh. She lives in Indianapolis and has been active in supporting efforts to promote native Indiana flora and eliminate food deserts.

Beth is a Graduate of Purdue University where she completed her Bachelor's degree and training as a Veterinary Technologist.  Skilled with both large and small animals Beth brings a great depth of knowledge and training to the team at All Animals.   When not working at the clinic Beth enjoys spending time with her husband and daughter.

Brianna graduated in 2019 from the International Business College earning an Associates Degree in Animal Science. Brianna joined AAVC in spring of 2022 and is passionate and dedicated to making a difference in the lives of pets and their owners everyday. In Brianna’s spare time she enjoys spending time with friends and family, exploring new places, and making various forms of art. Brianna has no human children but she does have a spoiled dog named Kira, cat named Spooky, hedgehog named Stormi and her adorable albino skunk named Lola.

Christina earned her associates degree in animal science at International Business College in 2014. She enjoys making a positive difference in the lives of not only the animals but their owners. Outside of work, Christina enjoys spending time with her family, especially her son Cassius, painting, and hiking. She shares her home with her Australian shepherds, Penny and Nickel, and her shelter rescue cats, Burger and Sushi.

Shannon has worked in the veterinary industry since 2009 and graduated from the Harrison College Veterinary Technology program in 2012. She joined AAVC in fall of 2021 and enjoys working here part time while also working for Eli Lilly. She spends her free time caring for her 2 children, 5 cats, 2 dogs and assorted reptiles.

Lacy graduated from International Business College in 2019 with an Associate’s degree in Veterinary Technology and joined the AAVC team in 2022. She enjoys spending time with her husband and pets in her time off. She has a dog; Scamp and two cats; Basil and Nugget. Her favorite part of working in veterinary medicine is building lasting relationships with both patients and clients.

Aubrey is attending Purdue University and is in the Pre-Veterinary program with a passion for nutrition. She has enjoyed being a part of the AAVC team since May of 2022. Her interests include animals and plants and she is also working on a minor in horticulture. In her free time she enjoys spending time with her sorority sisters and attending Purdue sporting events.

Emily originally joined the AAVC team through a work study program at Lebanon High School in 2021 and joined the team full time in May 2022. Emily is planning on attending school to become a registered veterinary technician. If she isn’t working she is spending time with her dog, Beethoven and her family and friends or traveling.

Haley is a graduate of Western Boone High School and is currently attending International Business College to earn her associates degree in Animal Science. Outside of work Haley enjoys spending time with family and enjoying nature.

Kris joined the AAVC team in fall of 2021 and is originally from Mississippi, but spent several years in South Florida before moving to Indiana. She has worked in the veterinary field since 2015. She is currently pursuing a degree in veterinary technology. Kris has an affinity for pit bulls, sphynx cats and animals with long term care needs. She shares her home with her husband, 2 kids, and a menagerie of special needs pets. In her free time, she enjoys cooking, spending time with her family and friends, and watching horror movies.

Ladessa returned to AAVC in the fall of 2020. She originally started with AAVC in 2005 working as a vet assistant to Dr. Cunningham. She and her husband Ryon live on their hobby farm and have three children Brody, Macy, and Rawly, two dogs Tami and Brinx, and four cats Norman, Ilene, Stevie, and Tux. In her free time, Ladessa enjoys being outside enjoying nature..

Lauren is currently attending Purdue University to obtain a degree in Animal Sciences. Lauren was raised in Boone County on her family farm where she discovered her passion for both large and small animals. She joined the All Animals team in April of 2022. When not working or in class she enjoys spending time with her family, playing board games, and lambing ewes.

Mallorie has worked in the veterinary field for over 10 years and loves helping all the fur babies feel better. Mallorie spends her free time hiking, watching movies, and keeping up with her nieces and nephews! She and her boyfriend live in Lebanon with their 4 dogs, Miss Jo, Riggs, Sulley, and Ellie who keep life fun.

Mattea graduated from Purdue University in 2020 with a Bachelor's degree in Animal Science. She has a large amount of experience with cattle, especially in the dairy industry. In her free time she enjoys spending time with family and being outdoors, she has recently discovered a passion for fishing and loves how relaxing it can be.

Get care from an All Animals veterinarian with the convenience of your mobile phone. 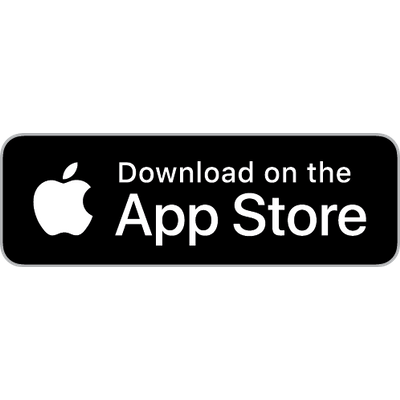 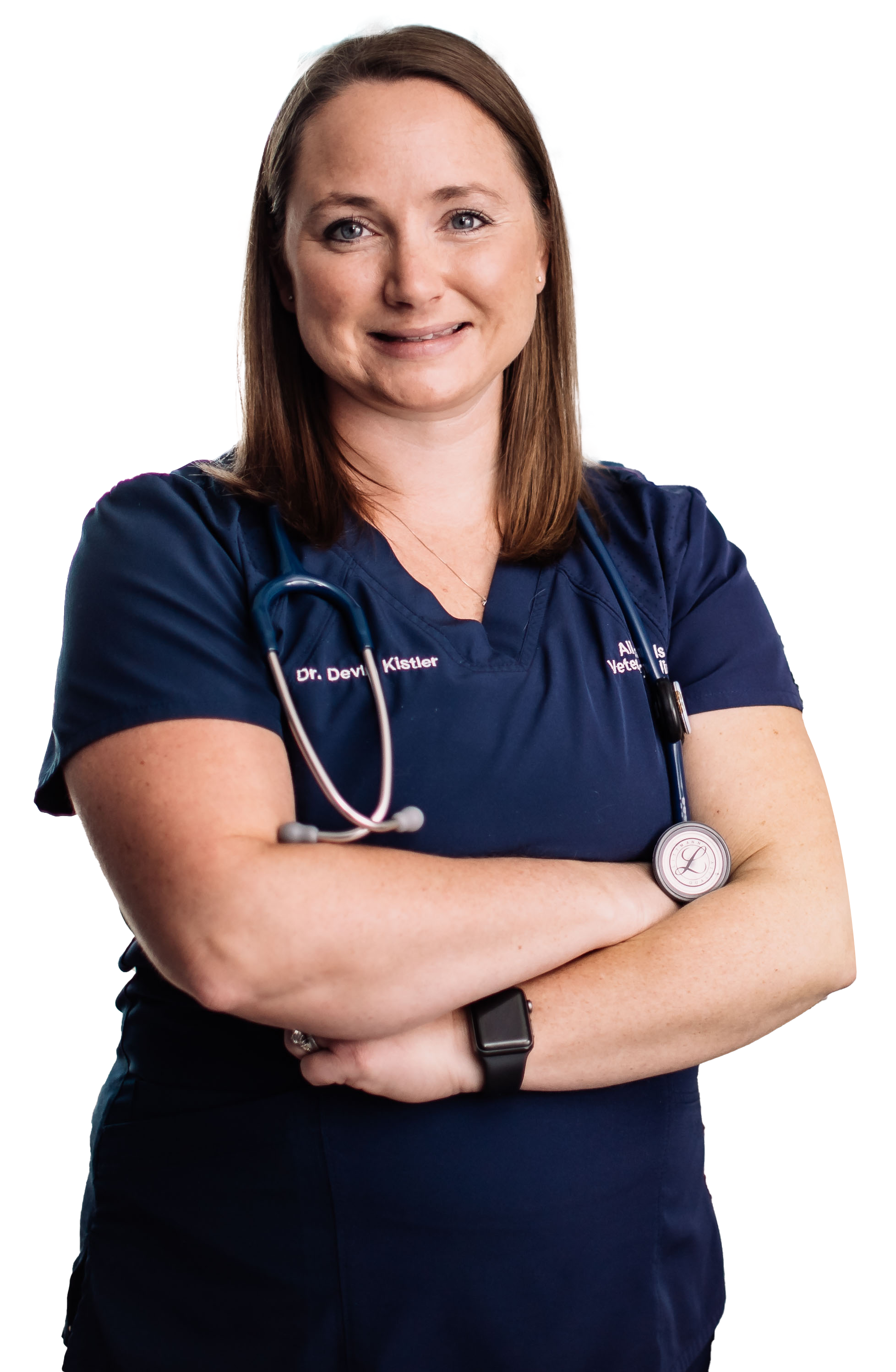 Dr. Devin has worked at AAVC since it opened in 1991. She graduated from Purdue University with a Bachelors in Animal Science in 2006 and from Purdue School of Veterinary Medicine in 2011. She is very active in the Boone County 4-H program and is currently in charge of the Supreme Showmanship Contest and also volunteers as the vet on call. Dr. Kistler, her husband, and daughters Kora, Rhys, and Avery and son Klayton, live in Lebanon where they raise cattle and hay. They have several pets including a dog named Olive and 3 cats, Splash, Jeffrey, and Rainbow May Rosie. Dr. Kistler has a passion for performing surgery and educating clients on how to prevent illness in their pets. In her spare time, she loves to be outdoors hiking or gardening or can be found on her porch reading a good book. 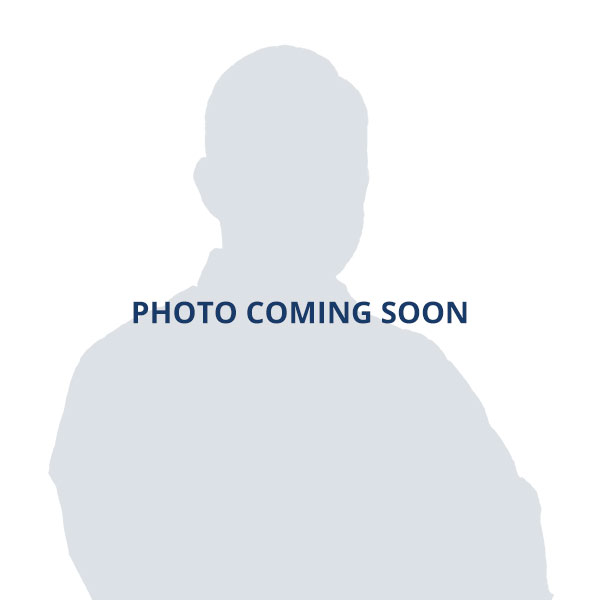 Dr. Stella graduated from the University of Illinois Urbana-Champaign with a Bachelors in Animal Science in 2015, a Masters degree in Reproductive Biology in dairy cattle in 2017 and from the University of Illinois College of Veterinary Medicine in 2021. She is very passionate about surgery and large animal reproduction. In her spare time, Dr. Stella enjoys road biking, kayaking, and spending time with friends and family. 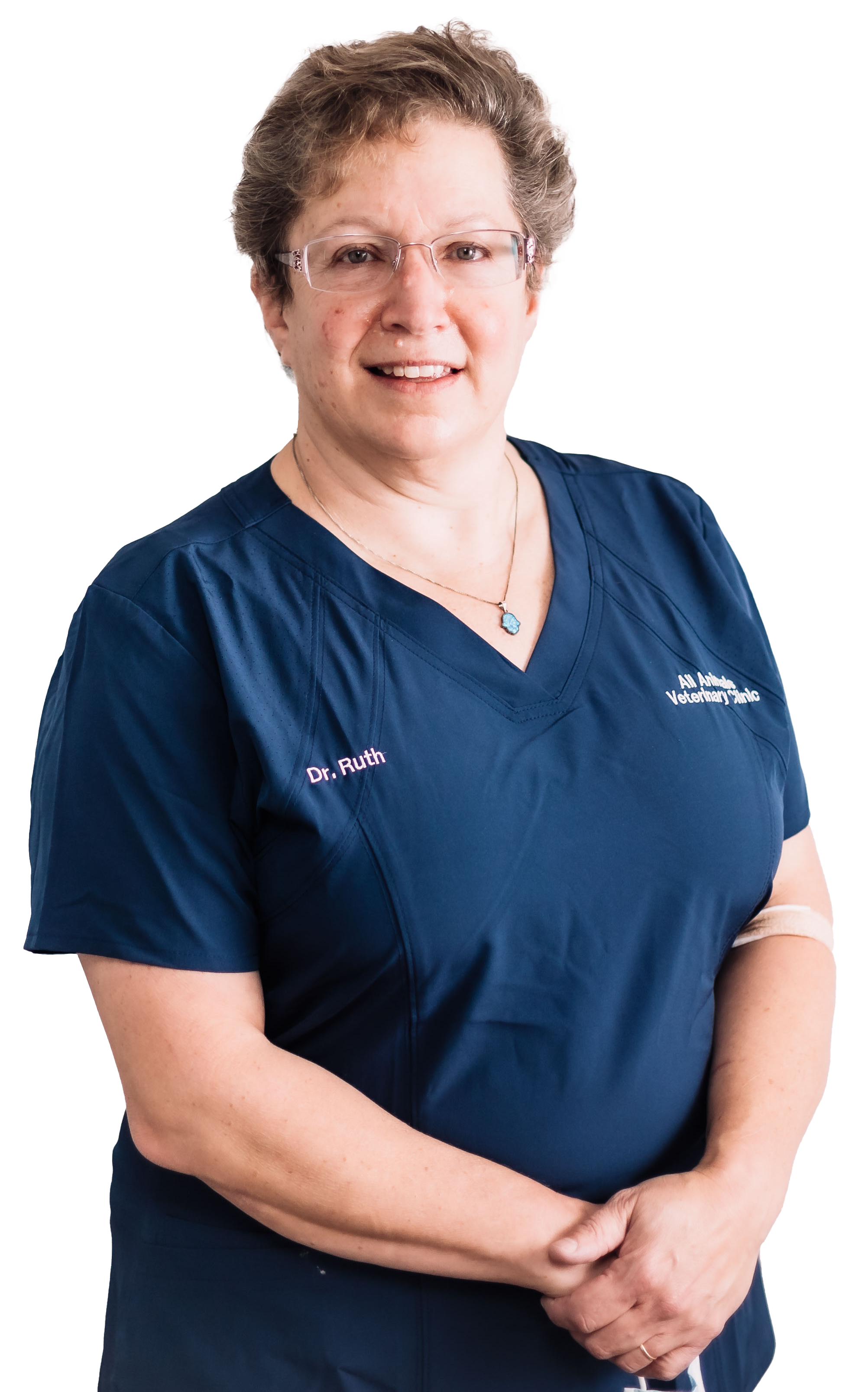 Dr. Landau earned her DVM from Purdue in 2000 and her Ph.D. in Veterinary Epidemiology & Public Health in 2013. Prior to vet school, she held a variety of jobs, from professional clown to chocolatier, at a variety of addresses, from Argentina to Israel, Philadelphia to Seattle.

She loves to garden, swim and spend time outdoors with her wife Leila on their farm with their beloved dog, cats and horses.